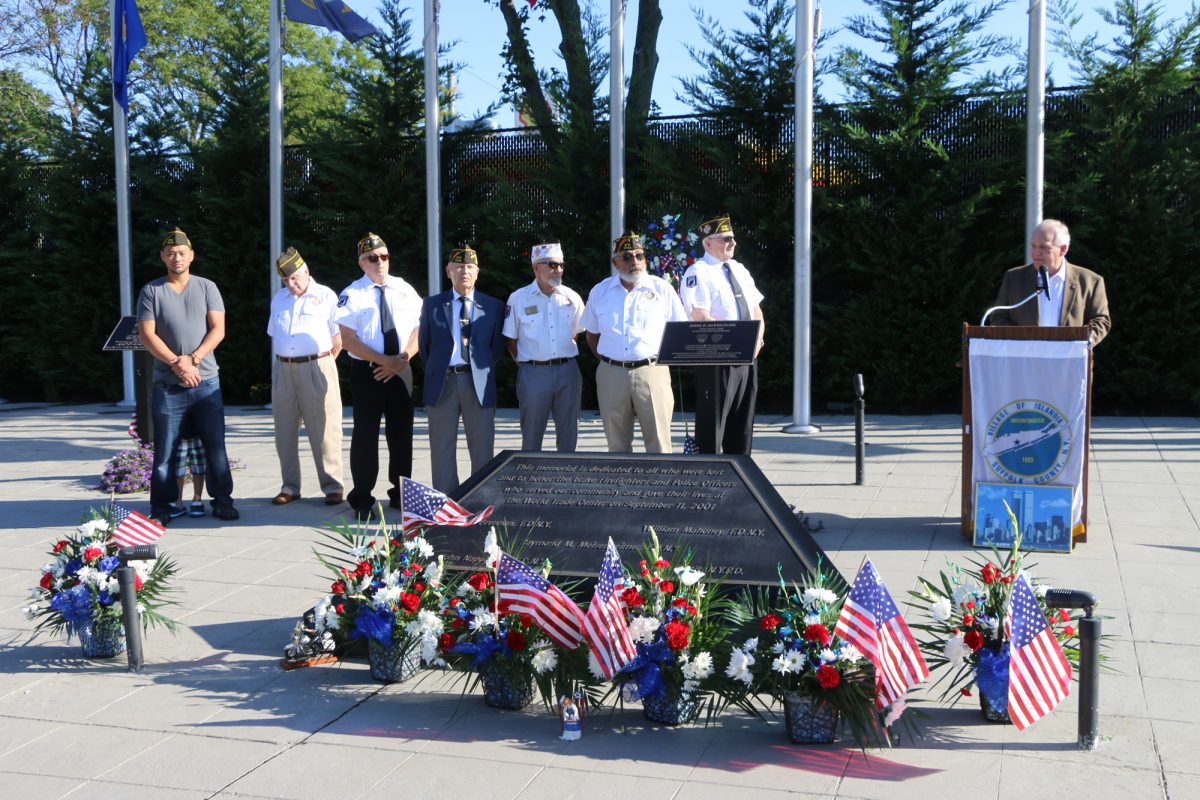 Commemorates 20 Years Since the Terrorist Attack on America

On September 10, the Village of Islandia held a special ceremony at the First Responders Memorial in honor of the memory of five local first responders who were killed during the September 11, 2001 attacks: Raymond M. Meisenheimer, Peter Brennan, John P. Napolitano. Glen K. Pettit and William J. Mahoney, Jr. This event commemorated the 20th anniversary of the terrorist attacks on U.S. soil.

Mayor Allan M. Dorman was joined by village elected officials, employees and residents and members of the Col Francis S. Midura Veterans of Foreign Wars Post #12144 in remembering those who lost their lives during the 9/11 attacks.

The mayor scheduled the ceremony for the 10th to give the residents the opportunity to attend other September 11th memorial ceremonies throughout Long Island the following day.