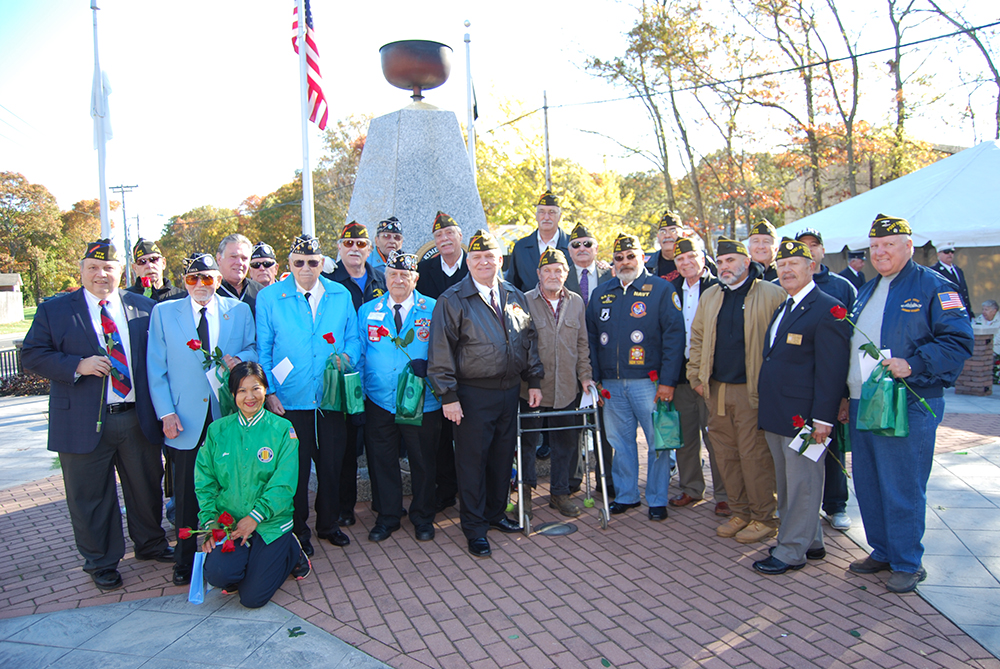 On November 5, the Village of Islandia held its annual Veterans Day ceremony at the Veterans Memorial Triangle. Mayor Allan M. Dorman, a Vietnam veteran, was joined by local elected officials, war veterans and representatives from the Lakeland and Central Islip Fire Departments to honor those who served and continue to serve in the armed forces.

After the ceremony, attendees went home with a gift bag containing an American flag and a green light bulb. They were asked to replace their outdoor lights with the green light bulb on Veterans Week as part of the “Greenlight a Vet” program, which honors those who served our country.