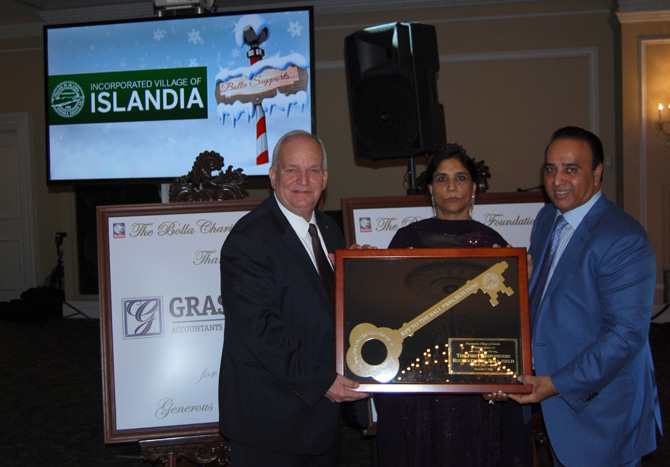 On December 7, the Bolla Charity Foundation honored Islandia Mayor Allan M. Dorman for his commitment and service to the Village of Islandia. During the event, he was handed a symbolic key to the Village’s First Responders Recreation Field, which is currently under construction on Old Nichols Road in the Village. The Bolla Charity Foundation donated the construction of the restrooms, estimated at a cost of $500,000.

Based in Garden City, the Bolla Charity Foundation provides funding to numerous charities and holds special events to benefit other nonprofit groups.