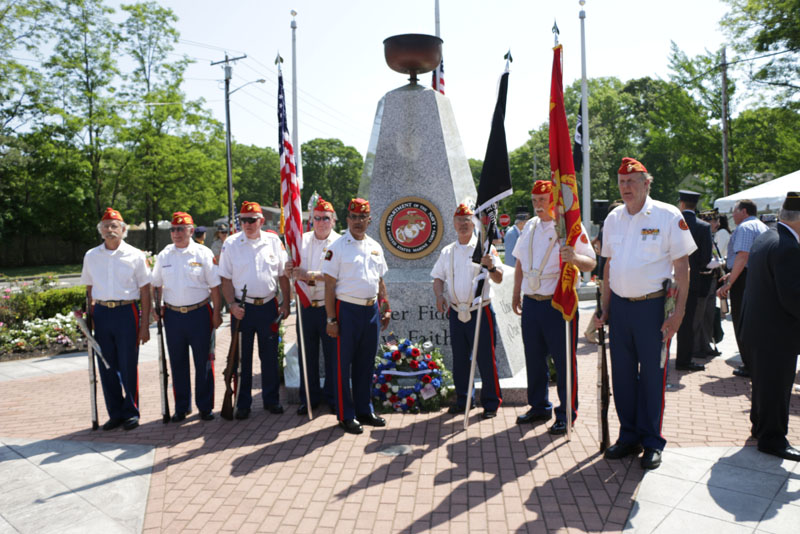 On May 28, the Village of Islandia held its Memorial Day ceremony at the Veteran’s Memorial Triangle, located at the intersection of Old Nichols Road and Johnson Avenue. Local elected officials, war veterans and village officials were in attendance. Islandia Village Mayor Allan M. Dorman, a Vietnam veteran, recognized those who served our country — including local war veterans who have since passed away — and acknowledged the local veterans groups who have attended the current and previous ceremonies. There was also a laying of the wreaths at the memorial. 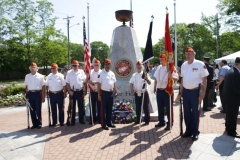 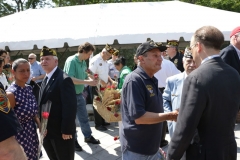 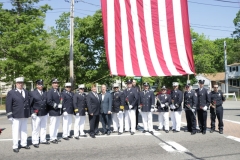 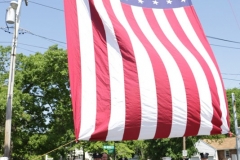 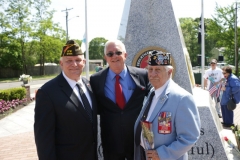