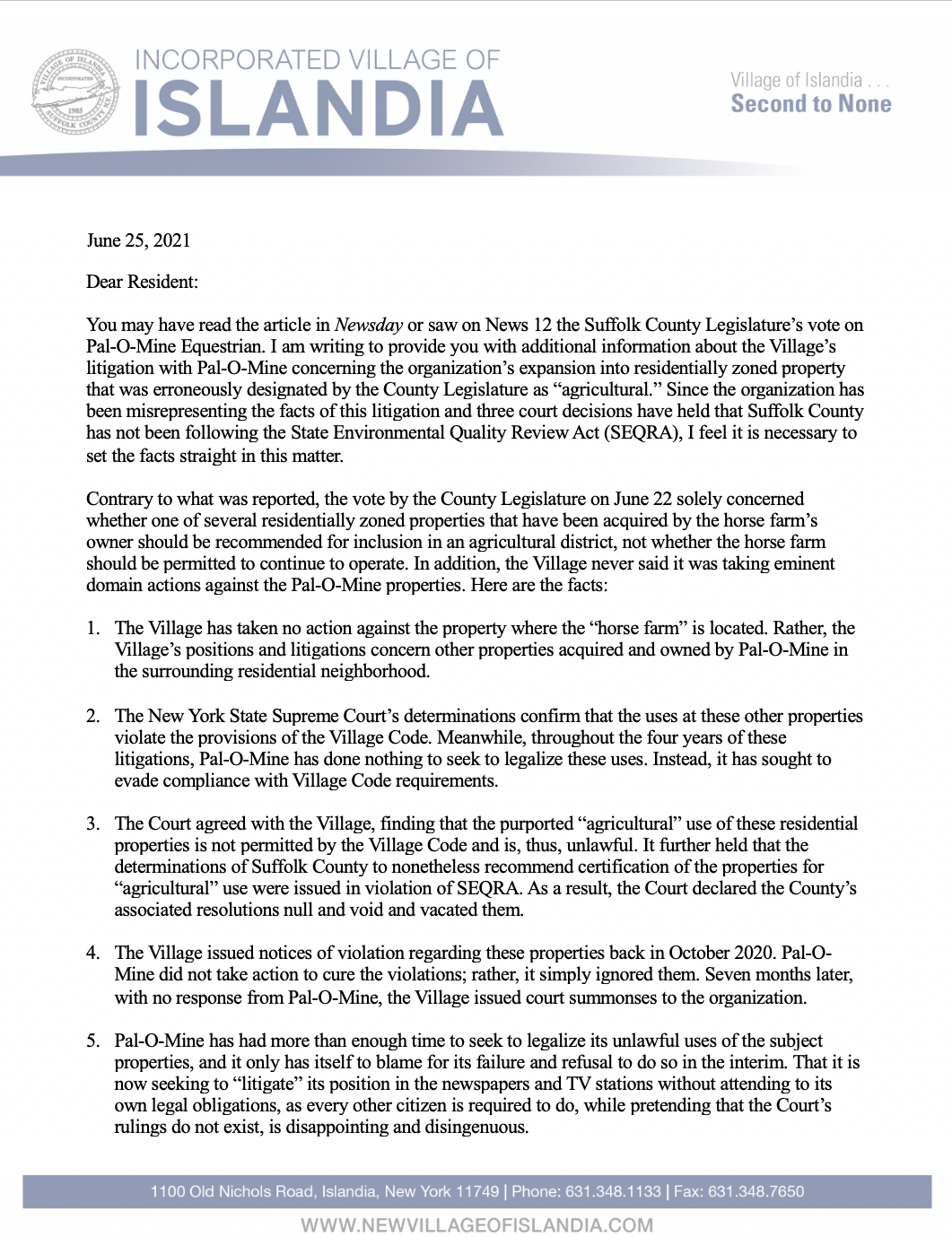 You may have read the article in Newsday or saw on News 12 the Suffolk County Legislature’s vote on Pal-O-Mine Equestrian. I am writing to provide you with additional information about the Village’s litigation with Pal-O-Mine concerning the organization’s expansion into residentially zoned property that was erroneously designated by the County Legislature as “agricultural.” Since the organization has been misrepresenting the facts of this litigation and three court decisions have held that Suffolk County has not been following the State Environmental Quality Review Act (SEQRA), I feel it is necessary to set the facts straight in this matter.

Contrary to what was reported, the vote by the County Legislature on June 22 solely concerned whether one of several residentially zoned properties that have been acquired by the horse farm’s owner should be recommended for inclusion in an agricultural district, not whether the horse farm should be permitted to continue to operate. In addition, the Village never said it was taking eminent domain actions against the Pal-O-Mine properties. Here are the facts:

It’s unfortunate that Pal-O-Mine would characterize the Village’s enforcement actions with respect to its repeated violations of the Village Code and disregard for environmental laws as a vendetta. I hope this letter provides you with a clearer explanation of the Village’s position on this matter and has provided insight into the County’s actions. As always, if you have any questions, please contact me at 631-348-1133 or by emailing adorman@newvillageofislandia.com.