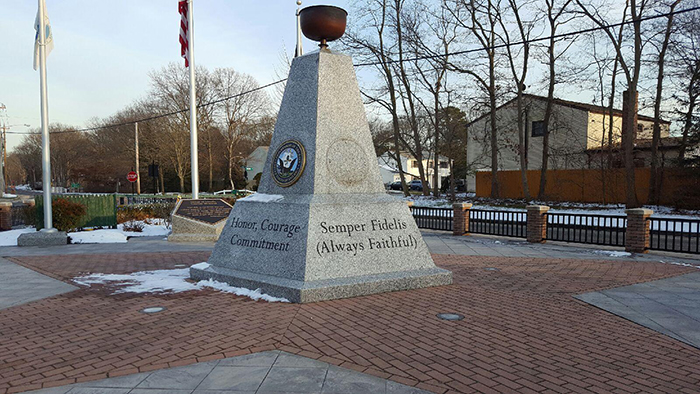 Allan M. Dorman, Mayor, Village of Islandia, has announced that a $5,000 reward is being offered for the arrest and prosecution involving the unlawful removal of the United States Marine Corps medallion from the Veterans Memorial located on Old Nichols Road and Johnson Avenue. The theft occurred on January 15 at approximately 11 p.m.

This was reported in Newsday.