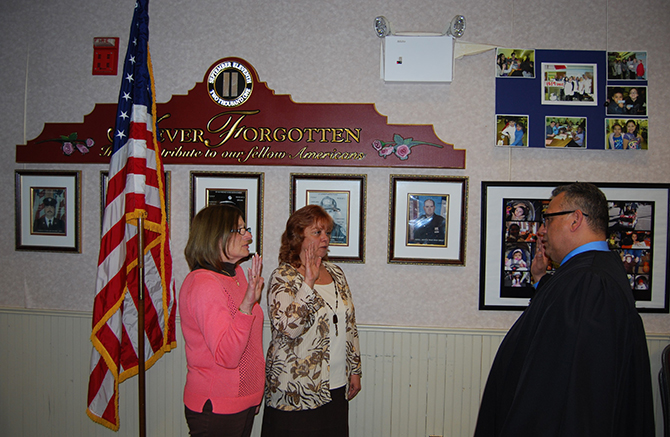 Islandia Village Trustees Patty Peters and Barbara Lacey were sworn in for another term during the April 7 Village Board meeting. They won their respective races in an uncontested election on March 18.