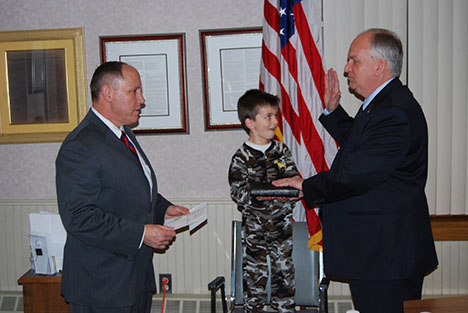 Islandia Village Mayor Allan M. Dorman and Trustees Diane Olk and Mike Zaleski were sworn in for another term during the April 2 Village Board meeting. Mayor Dorman, Ms. Olk and Mr. Zaleski won their respective elections on March 13. All three races were uncontested.

The terms for Mayor and Village Trustee are four years. Mayor Dorman and Ms. Olk, who also serves as the Deputy Mayor, were first elected in 2005. Mr. Zaleski, who is also the Village’s Public Safety Officer, was elected in 2009.